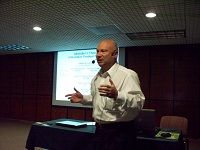 Our focus in TRIZ CONSULTING is to provide you with the most elegant and valuable solutions to your most difficult design and manufacturing problems much faster than they can be obtained by traditional ways.

A team of Boeing engineers had been working hard for three years on a new 767 Tanker Transport development. They experienced many difficult problems some of which were not resolved successfully. John Higgs, former chief project engineer, offered some of difficult problems of the project for discussion as a part of basic five-day TRIZ course.  More...

Illinois Tool Works (ITW) asked us to facilitate a team working on next generation of electrostatic spray gun. The gun had three input components liquid paint supplied by a hose, airflow with its hose and high voltage cable. Using TOP-TRIZ, the team developed several concepts for an electrostatic spraying gun with having neither high voltage cable nor any moving parts.  More...

Root Cause and Corrective Action

A client company had a warranty problem with a unit which failed too premature in service. For ten years the company had been changing the design of the unit, materials and the processes, however, the failure was not eliminated. Using TOP-TRIZ, the team revealed the actual mechanism of the failure overlooked for ten years.  More...

A Client Company had developed a product with a new and very attractive feature, however, the US patent on the similar product was granted to a competitor.  More...

We help to solve all six types of problems in innovation including:

Eliminating a Harmful or Undesired Action

We lead SMEs though our checklists such as Direct Ways and Indirect Ways to eliminate a Harmful Action developing an exhaustive set of the best solution while maximizing utilization of the available resources to make these solutions inexpensive implement and use.

Revealing the Causes of a Failure

We start with the end result pretending that we want it. Using our methodology, we lead the team to invent all ways to produce this result using only available resources. As a result, unknown root causes are revealed in hours or days.

We lead SMEs by using our database of trends of evolution of technical systems. Also, using our checklists of physical forces and effects, we can develop a system or at least a function utilizing a different way of operation. In addition, our simplest approach is to trim an existing system by getting rid of some of its components and changing the system so its performance will be at least not deteriorated or even improved. 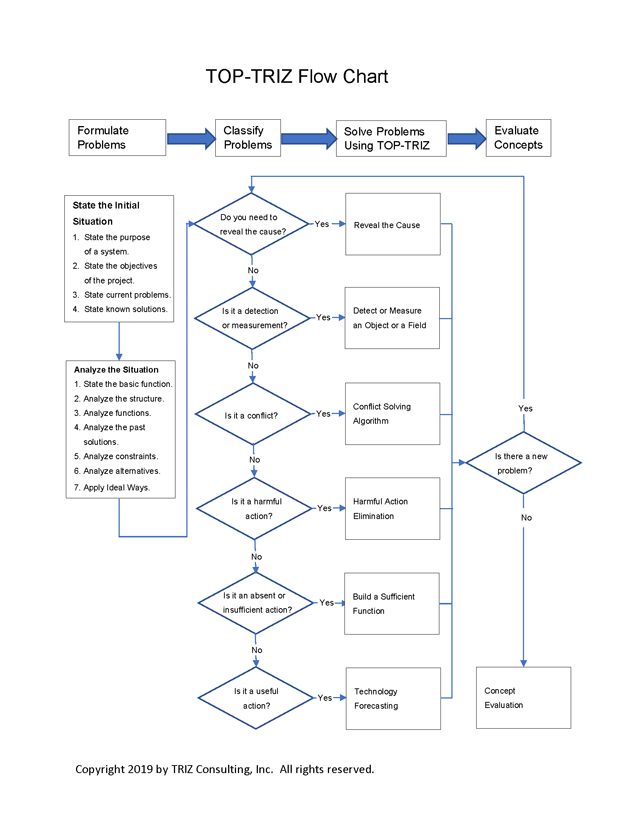 TRIZ FACILITATION by TRIZ Consulting is using our unique TOP-TRIZ Methodology to lead subject matter experts (SMEs) in developing an exhaustive set of the most elegant and valuable solutions to their most difficult design or manufacturing problems and help them to create these solutions in a few hours or days.

Our facilitation is user-friendly and the participants do not need to have prior knowledge of TRIZ. 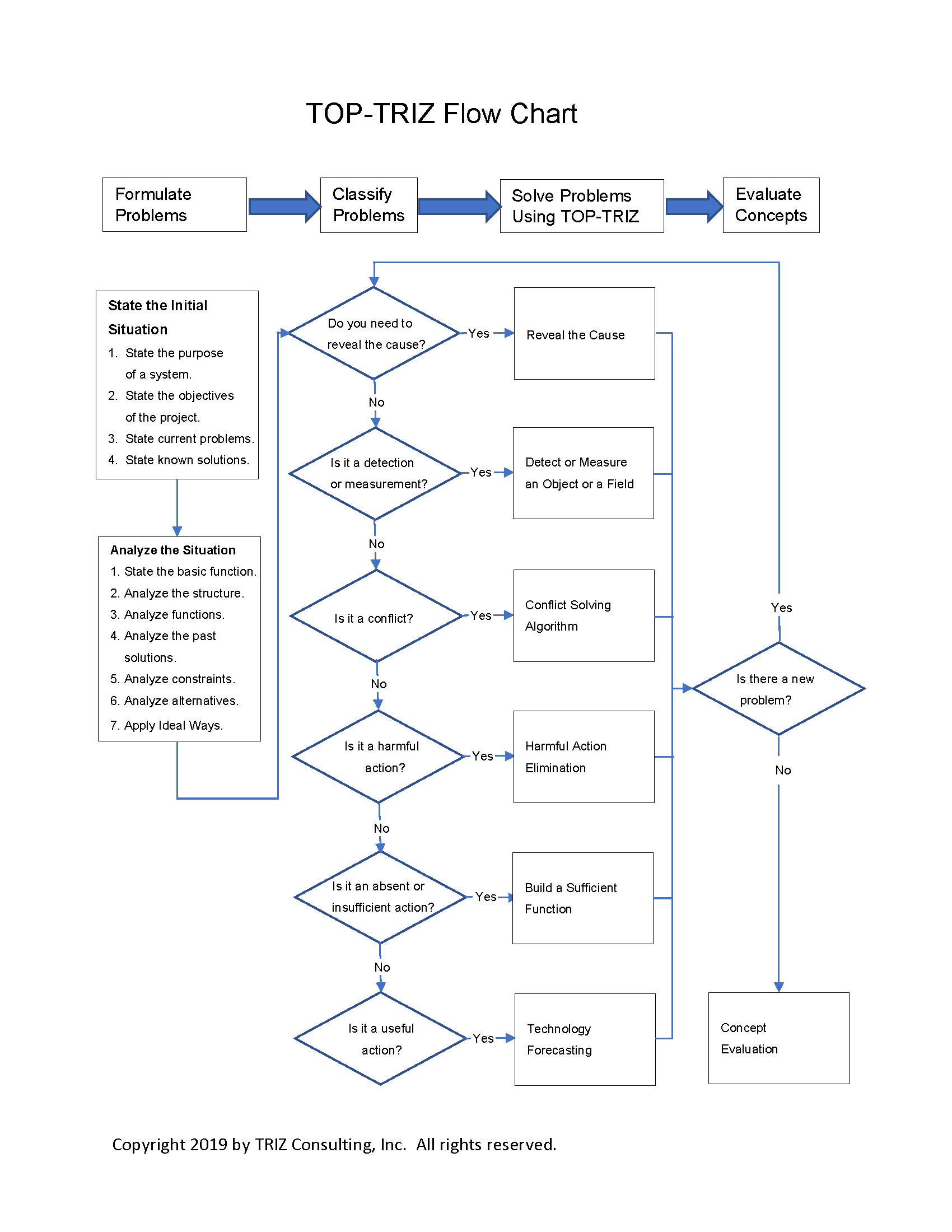